In the first round, I was apart of an exploration calls “Community Documentary” which we focus on making the documentary for four villages in Kampong Speu such as Chrok Porpoul Village, Trapang Leap Village, Prey Ansae Village, and Srey Sampong Village. In this exploration, we have 18 members (including me) so, we divided into 4 different teams some team has more members and some team has less member. All of the teams have different responsibility such photo, video, podcast, and blog.

I was one of the members that work in the blog team. I learn a lot about making a blog and about interviewing people. I went

to Kampong Speu province to interview people in those villages above. We walked across the village and one of the interesting things that we noticed that the village in the afternoon is really quite because most the young people, they go to work in the city which they work in the factories. We there their for two night and Camkids gave us food and places for us to sleep. We a really grateful to have them because without them it’s going to hard for us to find other places to stay and also we gonna waste a lot of money on food and place to sleep. One day during the trip, we also did some activities with Camkids’ students too. During I got one really inspiration thing is that there was a boy who came to talk to us every time we free because he really wants to improve his English skills and we find it interesting that he really wants to improve his pronunciation with us and us really proud of him and we want him to keep doing what he is doing.

How I Changed Cambodia?

This year we started working on The Cambodian Geography Book. We also divided into four region each region have their own provinces that they need to go and collect the information from. Now, we are trying to put all of the information that we collect from those trip together into a real book. Even though, we not yet published the book, but I believe when the book publish, it will help a lot of student in government school also the student who go to college or even outside the school. When we publish the book, we plan to give one book to each government school in Cambodia for the student to read and do some research even though, they don’t have access to the internet. I just got a feeling that it going to make a big change to all of the people around Cambodia or the world.

I’m also a part of Humans of Cambodia Exploration team. In this exploration, we did a lot of interview and photography. We went to different places to collect all of our people stories. Then, we put all of that information into a quotes and than we put all of their quotes into our Humans of Cambodia blog. We already release that blog and now we are trying to get more people to view the blog and it also a way to make Cambodia more popular. We’ve been doing a lot of exhibition. Like once on Sunday, 27 May, 2018, we got a chance to put our photo at Meta house for one week. We got to shared some of the people stories to other people. We use only one quote to describe our exploration it is “Reading people stories it easy, but asking for their stories is difficult.” This quote was created by one of our member. To add on to that, it is real for me before I did this exploration I was reading a lot of people life and it was pretty easy and it hard for me to image how can they get such us an amazing story like that and when I started to go and interview people to get their personal stories I just realize that the story that I read before, it not easy for the author to get just in one hour. They need a really long time to get the stranger to tell their stories to the people that they don’t even know before. Most of the stories that I interview was really emotional. When I interviewed a woman who sells pineapples at the market her tears just came out by its own while she was answering our questions.

Technovation is a programme that allows girls to join to get closer to technology. Each team needs to have at least 2 members in a team. I have 5 members in my team. Our team name and app name is Cambodia Identity Product. We decided to came up with an idea to make an app that helps Cambodia craftspeople. On April 23rd, We have a Mini Pitch. Mini Pitch, we just need to go and compete with other teams from all over Cambodia and it just a celebration that we complete of 12 weeks program. For my team, we didn’t get a chance to go and compete at the National Pitch. I was a bit sad that time because before Mini Pitch I need to woke up at 3am to finish our presentation and finish everything that we need to do. About one week later, the winner of the National Pitch is from our School. In this programme, you also get a chance to go the Silicon Valley, San Francisco to compete with other teams from all over the world. When the semi-final announced, my team was one of the semi-finalists and we were so excited. After that, there were a lot of people invited us to go and present at many different places. About 15 days later, the final announced and we was so surprised that our team got to go the Silicon Valley, San Francisco. After that, we started to work on our presentation for about 2 months before, we can go to compete at San Francisco. The first day, that we arrived San Francisco, it was very different for all of us. On the third day, we present our idea at Google. After, we finish present our idea to global judge, there were two Cambodian Journalist who came up to us and interview us. On the fourth day it was the day that we knew who gonna win the competition. Even though, we didn’t win the first the place, but we still won the second place and make other country know Cambodia and we also inspired more girls to join Technovation. That time, I started to know the meaning of the word FAIL, it actually meanFristActionInLearningThis meaning actually inspired me a lot, and I hope that I can encourage more girls to join this kind of programme.

Liger Leadership Academy  students are English Language Learners. They have been immersed in English since arriving at Liger, We pride ourselves on prioritizing process over product. Please excuse any English errors as part of the learning continuum our students have taken over the years. 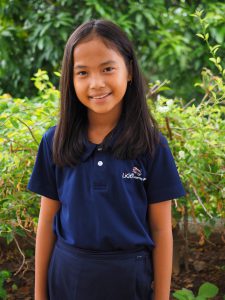 Welcome to my blog. My name is Mariya I’m 12 years old. I’m from the capital city of Cambodia which is Phnom Penh. I’m a middle school student at Liger Leadership Academy. I really enjoy doing a lot of things such as; STEM experiment, Typing, Writing and etc…. Music is my motivation, it keeps me going with everything I do for school. Model United Nation and Reading is my choice for me to discover about the world. I don’t just do all of those learning I also participate in sports. I have a lot of favorite sports such us Frisbee, Handball, Swimming and more.